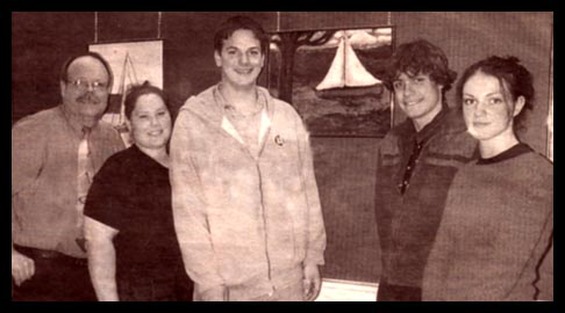 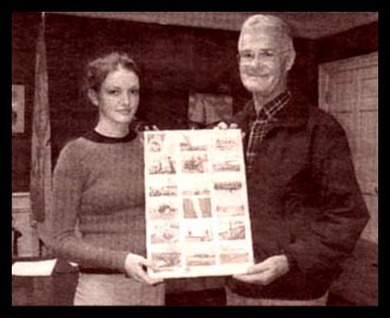 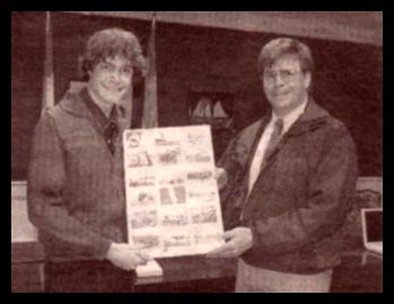 Full captions below
By Paula White
For This Week

For as long as there’s been a Rothesay or a Renforth, there have been Valley residents who have sailed the waters of the Kennebecasis.

For the most of them, sailing wasn’t a pastime- it was a passion. A warm summer evening , a gentle swell, sails snapping in the light breeze. Or the exhilaration of slicing through the water at a brisk clip, spray dampened sails stretched to the limit, edging past the rival at the finish line.

Years ago, in the early 1900s, some of those passionate about sailing got together and formed the Rothesay Yacht Club. Founding families included the Turnbulls, Mackays, Brocks, Allisons and Sayres. Membership grew, a clubhouse was built, races were held, traditions were born.

Rothesay’s Bruce Tennant thought it was an important to document history of the yacht club. That’s why, 30 years ago, he put together a collection of images of the club’s early years.

“Some of us who had been there and seen earlier activities, how the club had changed, realized that we had quite a few members who had no knowledge of that,” explained Mr. Tennant, an avid sailor himself and a long-time member of the club. “So I went around to families that I knew had long ties with the club, and a number of them had a few, or maybe quite a few photographs in their family albums, and I just made photographic copies. I took a 35mm camera with a macro lens and went to work on it. I didn’t take everything I saw, but I tried to get a good representation.”

Among the photos in Mr. Tennant’s collection are the first clubhouse, the beloved boats of some early members and a couple of much-talked-about races. The majority of the photographs were taken prior to the Second World War, and some date as far back as 1905. One of the earliest photos however, depicts the Gondola Point ferry- with a sail.

There has been a lot of interest over the years in Mr. Tennant’s collection. About a year ago, the Rothesay Living Museum became very interested. Curator Brian Perkins (a neighbor of Mr. Tennant’s) and students at Rothesay high school recently finished digitizing the collection adding it to its Web site. The collection is titled Sailing on the Kennebecasis: A Pictorial History of the Rothesay Yacht Club.

“(The Internet) is a new way of communication but it serves the same purpose that we always have needed and that is to tell our stories so that people understand where we came from and who we are,” Mr. Perkins said. “Some of these photographs are 100 years old and (the students) have taken them and made them new again. The have re-interpreted them and taken that history and personalized it, so they’ll never forget it, and that’s what we want- we want people to remember in our community, our history, our heritage.”

The photographs also inspired a number of art students from the school to turn the black and white images into colorful interpretations. They completed several acrylic paintings, which are now on display at the Rothesay Town Hall. The exhibit was officially opened May 7.

“The Rothesay Yacht Club has been and is an integral part of our history and heritage,” said Rothesay Mayor Bill Bishop. “In the early days, shipbuilding, and now sailing, racing and water sports of all kinds are attractions that help make Rothesay a desirable place in which to live.”

“This is an example of one more project the students have undertaken to remind us of our past and keep us abreast of the history and heritage of Rothesay.

At the opening, Mr. Tennant was presented with a plaque containing a laminated collection of his photos. A second plaque was presented to MacGregor Grant, chair of the junior sailing program at Rothesay Yacht Club.

Sailing on the Kennebecasis is the latest of a number of projects completed by the Rothesay Living Museum.

The Museum, which is a partnership between the town and Rothesay High School, is in the process of collecting history, images and artifacts from the five former communities that now make up Rothesay. Mr. Perkins said the museum welcomes donations of images and artifacts from residents of all five communities. – Wells. Fairvale, Renforth, Rothesay, and East Riverside/Kinghurst. All items will be returned to their owners. In the meantime, Mr. Tennant, whose collection contains only a few photographs from the 1960s and 1970s, is thinking of updating the pictorial history of the yacht club.

“I took a look recently at the membership and I don’t know if it was six or eight or 10 of the members who have been there since before 1980,” he said. “We’ve come to the point again where that part of the club’s history is unknown to a lot of the members.”
Captions

Rothesay Living Museum Curator Brian Perkins and some of the art students who worked on the paintings displayed at the town hall. The students are Amanda Henry (left), Justin Vautour, Will Hopkins, and Heather Loomer

Heather Loomer presented Bruce Tennant with a plaque to recognize his contribution to the project.

Will Hopkins presented MacGregor Grant of the Rothesay Yacht Club with a similar plaque.
Back to Articles