A brief history of the VAD: Rothesay contributed much to war efforts 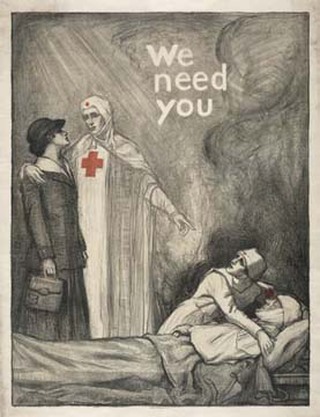 by Lisa Wiggins and Paula White
for This Week

In 1909 the Volunteer Aid Detachment (VAD) was formed. It provided medical assistance in time of war.

At first the military authoroities were unwilling to accept VADs on the frontline. However, this restriction was removed in 1915 and women volunteers over the age of 23 with more than three months experience were allowed to go to the frontlines. This included the Western Front, Mesopotamia, Gallipoli and later, the Eastern Front.

Volunteers, that’s all they were. Yet during a time of war they proved to be very helpful. VAds were never to assume the position of professional nurses. They did little things like clean tables and patient’s lockers. They also warmed hearts, held hands and wrote letters for dying or illiterate soldiers. Some even had jam sent all the way to England, to give soldiers a little taste of home.

Not all the VADs made it out alive, either. After all, there were no immunities to meningitis, drowning or bombings. They gave unselfishly – something which was greatly needed during a period of war.

For Dorothy Purdy and many others, it was vitally important they help out in some way during the wars. That’s why the VAD appealed to so many. Miss Purdy served with the VAD toward the end of the First World War, working in a military hospital in England.

Not surprisingly, the entire town of Rothesay helped in the war effort whenever it could. The following information was gathered from the newspaper clippings in Miss Purdy’s collection. In August of 1914 there was a fund raiser for a hospital ship. In October of that year there was a patriotic concert at the Imperial Theatre where $900 was raised. In January of 1915, work was done by the Rothesay Red Cross Society and donations were received for the war effort. The list is lengthy.

The town also did what it could during the Second World War. To keep their children safe from the war, English royalty sent them to stay in Rothesay. The niece and nephew of Queen Elizabeth (wife of King George VI) attended Netherwood School for Girls and Rothesay Collegiate School during this time, as well as three other children associated with them.

In 1942, the nieces and nephews were visited by their father, the Hon. David Bowes-Lyon, brother to the queen, at Easter.

Below is the fictional short story written by Ms. Wiggins – “Volunteer Angel” – in honour of individuals who volunteered with the Volunteer Aid Detachment during the wars. The organization is still in existence today.
Back to Articles